The Fight Against Terrorism in 2017

On January 20th, Donald Trump will be inaugurated as the 45th President of United States of America. Although the nation will have a new leader, one of our greatest challenges will remain the fight against terrorism. According to a report released in December by the Staff of the House Committee on Homeland Security, the U.S. faces its highest terror threat level since 9/11. And they expect it to persist throughout 2017.

The 9-page report provides a statistical overview of the current threat of terrorism both in the U.S. and abroad, including home grown Islamic extremism, ISIS terror plots, foreign fighters, foreign jihadist networks and safe havens, Guantanamo Bay detainees and the Iranian terror threat. Below are a few highlights from the House Committee’s 2016 year in review:

THE THREAT OF ISIS 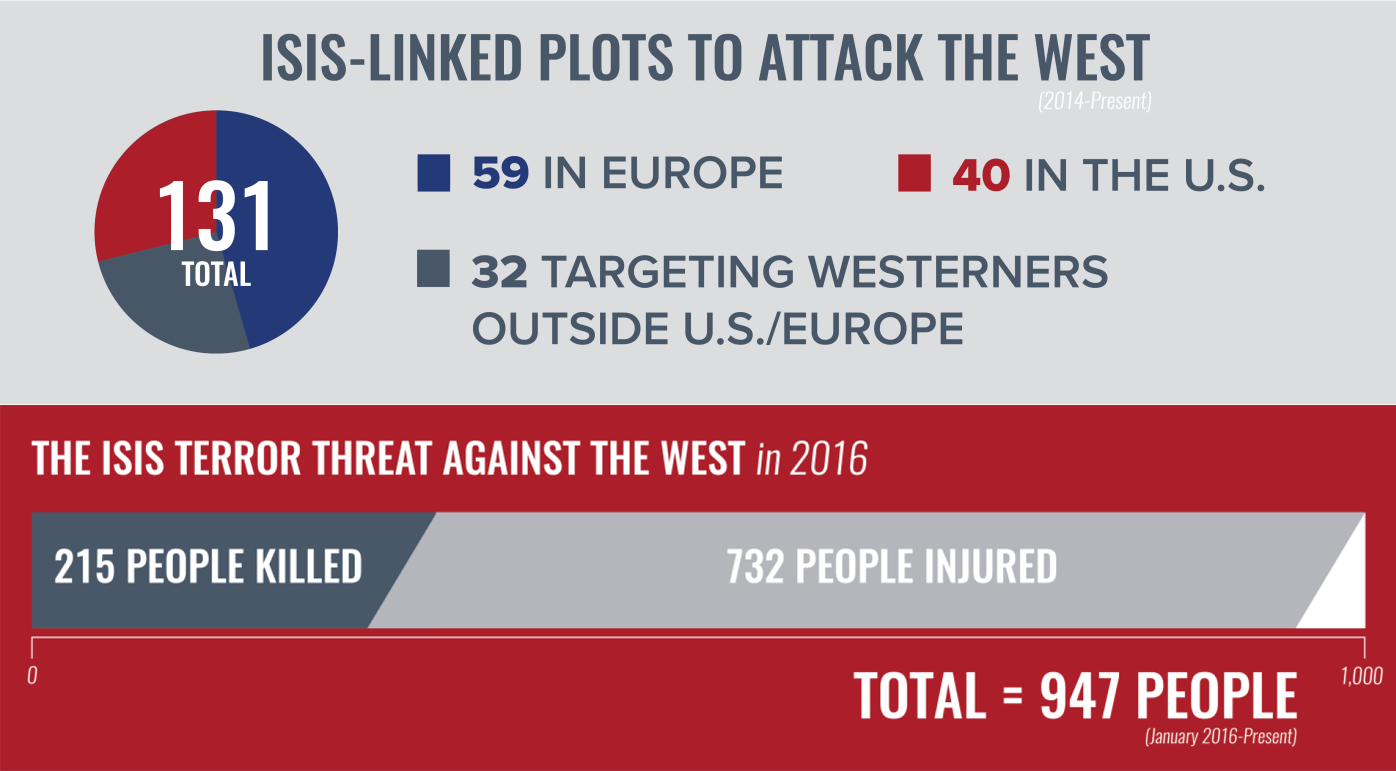 There’s no doubt that terrorism, both home-grown and abroad, remains a complex threat to the U.S. and its allies. The Trump administration likely will face an uphill battle as terrorist organizations like ISIS continue to wage war on the West. Time will tell if President-Elect Trump will be able to follow through on his promise to keep Americans safe at home. In the meantime, we can all help protect each other simply by staying informed and alert. With this in mind, we’ve uploaded the full House Committee on Homeland Security December 2016 Terrorism Snapshot for your convenience.