Violence in the Gaza Strip: How Blast Windows Save Lives 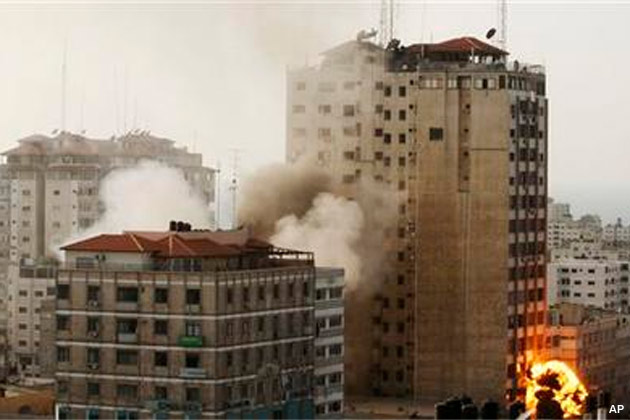 Despite diplomatic efforts on the part of world leaders and a cease fire in the Gaza Strip, a bus bombing last week wounded 27 people in what was the first bombing of Tel Aviv since 2006.

Terrorist group Hamas did not claim the attack but praised it. “We consider it a natural response to the occupation crimes and the ongoing massacres against civilians in the Gaza Strip,” Hamas spokesman Fawzi Barhoum told The Associated Press. (ledger-enquirer.com)

Political analysts also dismissed speculation that it was Hamas attack. Popular Front for the Liberation of Palestine-General Command, a smaller terrorist group, is claiming responsibility for the attack.

During the overnight violence in the Gaza strip, four back-to-back airstrikes demolished a complex of government ministries, rattling nearby buildings and shattering surrounding windows.

While the bomb on the bus itself was the major cause of direct violence and damage to passengers, those in buildings with close proximity to these types of vehicle bombs are also extremely vulnerable to damage–including widespread injury and death. One of the most well-known examples of the impact of these types of bomb impacts is the Oklahoma City bombing in 1995, which destroyed and/or damaged 324 buildings within a sixteen-block radius and shattered glass in 258 nearby buildings.

Violence in areas with political unrest is an unfortunate part of life. With the wide-reaching damage of bombs like the ones used recently in the Gaza strip, it is critical for businesses, building owners and most importantly, political offices and governmental buildings to be fortified against these types of attacks. One of the most cost-effective safety measures that can be utilized are supplemental bomb blast windows. These blast windows install behind existing windows and essentially “catch” the existing windows during a blast and prevent the implosion of deadly glass–saving lives.

To find out more about the Thermolite Safety Series System, contact Thermolite today.